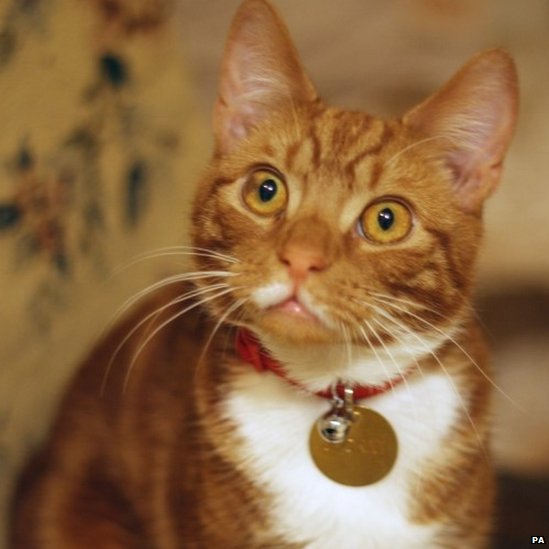 Historians know Winston Churchill as the man who led England through World War Two. What many people don’t know is that Winston Churchill requested that there always be a cat with four white paws and a white bib residing at Chartwell in Kent.

Apparently the former prime minister received a marmalade cat by one of his private secretaries, Sir John “Jock” Colville, for his 88th birthday in 1962. Churchill named the cat Jock and let it attend cabinet meetings. Reportedly meals wouldn’t start until the cat was at the table.

The National Trust, which received the property from Churchill’s family in 1966, has always honoured the request so now the latest Jock the cat has taken up residence in the former Churchill home.