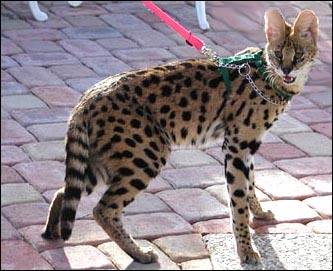 Most people think of MMA (mixed martial arts) fighters as tough, but Jon “Bones” Jones has a softer side to his tough personna. He’s offering a reward for anyone who can help him find his missing exotic cat that could be worth up to $25,000.

The cat, named Mufasa, is an African Serval Savannah cat. “The cat is about 20 pounds, he’s a lot taller than the average cat, I mean if anyone sees him they would know right away that he’s not your typical house cat,” said Jones.

Jones, who’s the UFC Light Heavyweight Champion, lost Mufasa in Albuquerque. If anyone spots a large cat, help Jones get Mufasa back home.

To read more about this missing cat, click here.