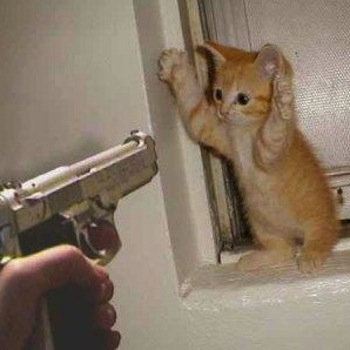 After police shot an unarmed black teenager in Ferguson, Missouri, riots broke out protesting the way police deal with blacks. Now an officer in Westbrook, Maine is in equal trouble for shooting an unarmed cat with a shotgun.

The officer responded to a report that a cat had attacked a 7-year old girl and showed symptoms of rabies. After animal control officers failed to capture the cat, a police officer shot it with shotgun pellets, wounding its front legs. Only after it was taken it did police learn that the cat did not have rabies after all.

To help prevent riots and learn the facts of the case about police shooting an unarmed cat, click here.