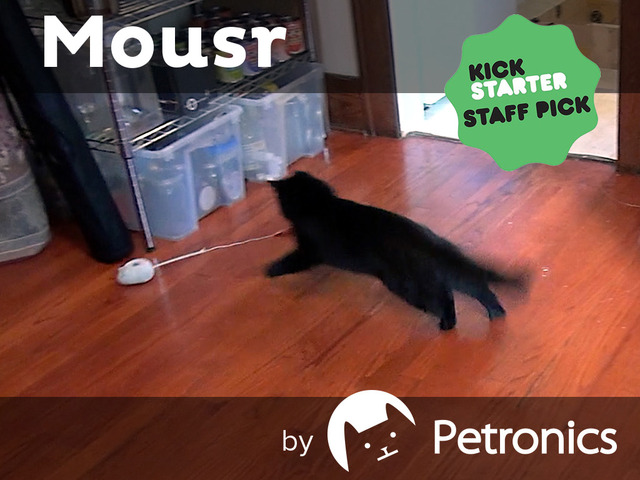 If your cat is tired of ordinary cat toys that just lay there on the floor like a piece of lint, then you might want to support the Kickstarter campaign to bring to market Mousr, a robotic mouse that can give your cat the thrill of the hunt when you’re not around and don’t feel like dropping real rodents around your house.

Mousr on Kickstarter will sell for $120, but won’t actually ship until October 2015. There’s also an option to buy two for $260 or 10 for $1000 just in case you have a lot of cats or would prefer to hoard robotic mice instead of live felines.

To read more about the Mousr Kickstarter product, click here.