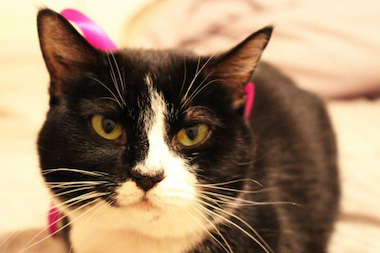 Cat cafes have proven popular in Asia and have now spread to Europe. Finally, cat cafes are starting to appear in North America as people can’t resist the idea of spending time with cats while enjoying a drink. In New York, the Meow Parlour, which will open at 46 Hester St. on December 15, will allow patrons to play and cuddle with cats for up to five hours, while sipping hot drinks and eating macarons from Meow Parlour Patisserie, located around the corner from the cat cafe.

“Our goal is to give a second chance to cats who sometimes have a difficult time getting adopted,” Meow Parlour co-founder Emilie Legrand said in French. “Black cats, older cats…they’re not as sexy as kittens so we wanted to give them more visibility.”

Legrand, a 32-year-old pastry chef, described the 800-square-foot cat cafe as “cozy,” featuring free Wi-Fi, coffee tables, cushions and a large bookcase with cat beds installed on some of its shelves. The next time you’re in New York, visit the Meow Parlor and maybe adopt a cat or two. Then help spread the word about the appeal of cat cafes so maybe one will open in your neighborhood soon.