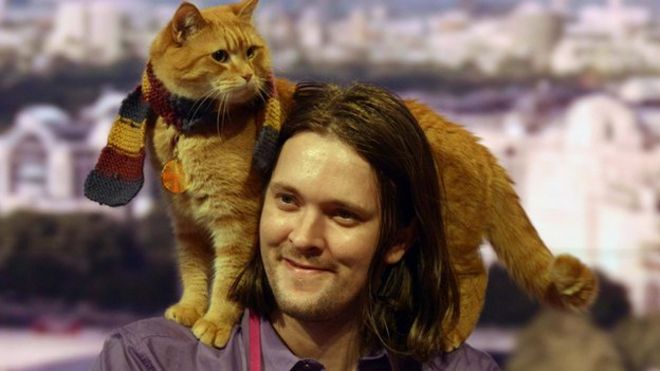 When James Bowen was a drug addict, he found a street cat that he named Bob. Bob and James soon became inseparable to the point where James soon overcame his drug addiction with Bob’s influence.

Now the scarf wearing orange cat named Bob, and James, will have their life story chronicled in a movie based on their book “A Street Cat Named Bob.” This book and subsequent movie shows that if you won’t take care of your own life, at least take care of a cat and the process will turn around and help make your life better as well.

To read more about the upcoming movie about Bob and James, click here.