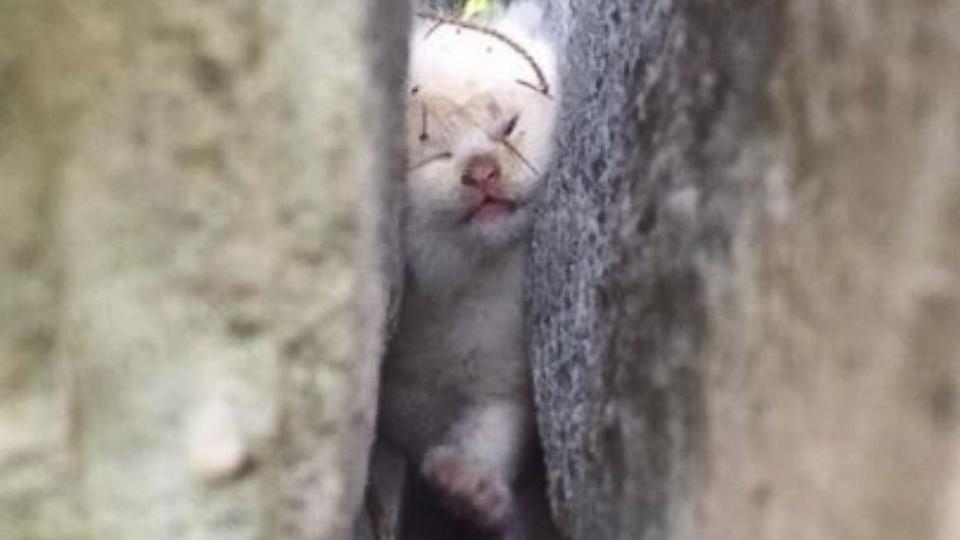 One day a homeowner heard some strange cries coming from some boulders near her house. She briefly investigated but couldn’t track the location of the noise so went to work. The next day she heard the same cries and investigated the boulders. To her surprise, she found a two-week old kitten trapped within the crevices of two large boulders.

She quickly called the police, who called the fire department. When the fire chief saw the cat’s position, he called for the Jaws of Life to pry the boulders apart so they could rescue the kitten. In less than an hour, they rescued him.

Now the kitty, nicknamed Soldier, is in the care of an animal shelter where it’s getting care for dehydration. Hopefully someone will later adopt this kitty and give it a permanent home.

To read more about the kitten wedged between two large boulders, click here.