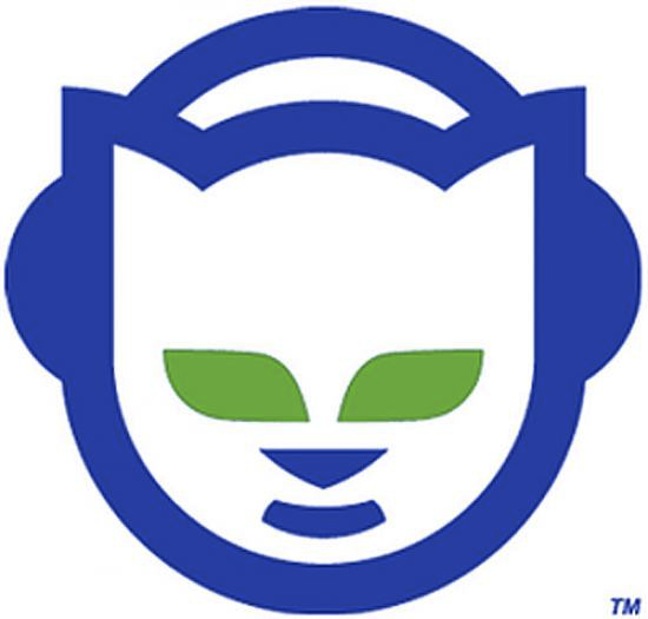 If anyone was around before 1999, they probably remember music stores where you could browse for CDs of your favorite albums. Then in 1999, Napster appeared, which let people share individual songs as audio files. With so many people sharing songs for free over the Internet, there was little reason to buy a CD any more, and that helped spell the end of the music store and CD era.

Napster has since largely gone away, but if you look closely at its logo, you may notice a familiar sight. The Napster logo depicts a cat wearing headphones, presumably listening to his favorite tunes.

The name of Napster also invokes images of napping or cat naps, so the Napster logo of a cat seems appropriate. After all, cats don’t care about copyrights or laws either.