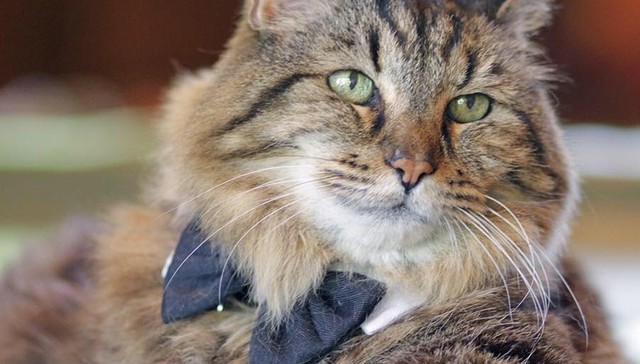 Most cats only live 10-15 years, but Corduroy has hit the Guinness Record Books at the ripe old age of 26 years old. Corduroy actually had been listed as the oldest cat once before until another cat, named Tiffany II, claimed the title. When Tiffany II passed away, Corduroy took the world’s oldest cat title back again.

When asked why Corduroy managed to live so long, corduroy’s owner, Ashley Okura said she’s thinks it’s the fact that he’s always been allowed a level of freedom to indulge in his wilder instincts.

“I honestly believe that by keeping Corduroy’s claws he was able to defend himself and go hunting outside. I think it’s good for the cat’s mental health to go outside and feel like a cat,” she said. “Don’t declaw your cat.”

To read more about the world’s oldest cat, click here.