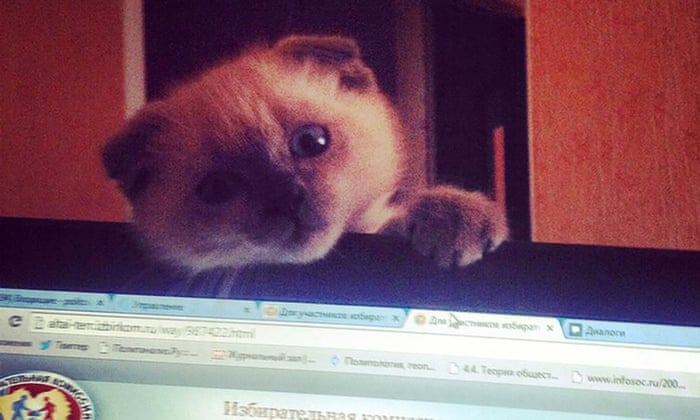 No matter where you go in the world, people are fed up with corrupt government officials. In the town of Barnaul, the Russian social network Vk took a survey of the city of 700,000 people located some 2,250 miles (3,600km) east of Moscow. The poll results favor an 18-month-old Scottish Fold claw with nearly 91% of more than 5,400 votes cast.

“People don’t know who to trust any more,” local pensioner Yevgeny Kuznetsov said, explaining Barsik’s popularity. “They have come to the conclusion that they can’t trust the authorities.”

With the way people foul up the  government, perhaps its time to give a feline a chance. To read more about the Siberian cat who could be the next mayor, click here.