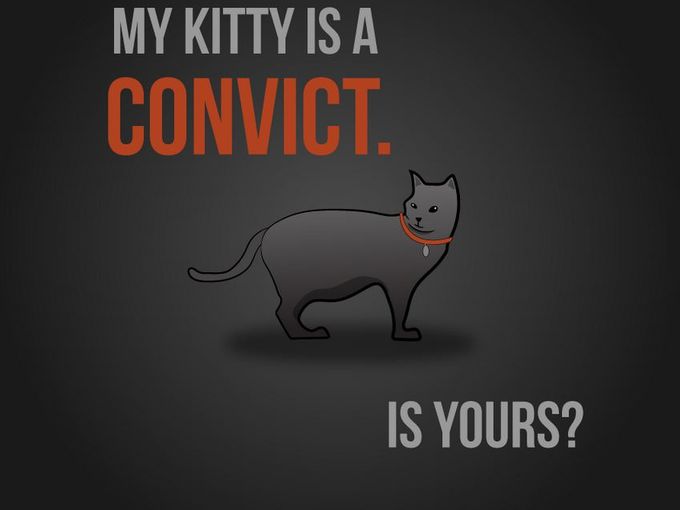 Seattle cartoonist The Oatmeal, also known as Matthew Inman, has an idea to help lost cats called the Kitty Convict Project. Just as human convicts wear orange to make them easy to identify if they escape, Inman wants people to put orange collars on their indoor cats.

Orange is not only bright and reflective, but it can brand your cat as an INDOOR CAT. Now if anyone  sees a cat running around outdoors in an orange collar, they’ll know that they are an escaped convict.

To learn more about the  Kitty Convict Project, click here.