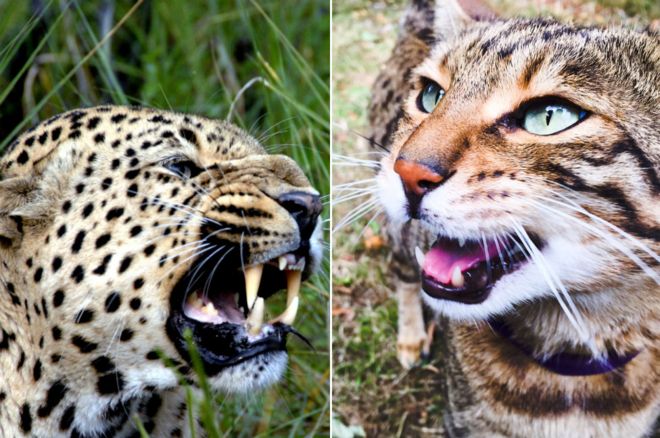 Terrified residents have been reporting a wild leopard running around their neighborhood, which they’ve dubbed the “Beast of Broomfield.” Yet this wild leopard may be nothing more than an escaped cat.

Hannah Butcher and Darren Brown lost their cat, Dougal, from his Chelmsford home and promptly put up posters “absolutely everywhere”. When they heard of people reporting a leopard running loose, they realized it might have a more logical explanation.

“It’s not a leopard,” Miss Butcher said.”It’s bound to be Dougal, my cat.”

At 7kg (15lbs) Dougal, aged seven, is a distinctive feline as he has no tail, “but he’s not a leopard and he’s not a sphinx, either.”

To read more about the cat mistaken for a leopard, click here.