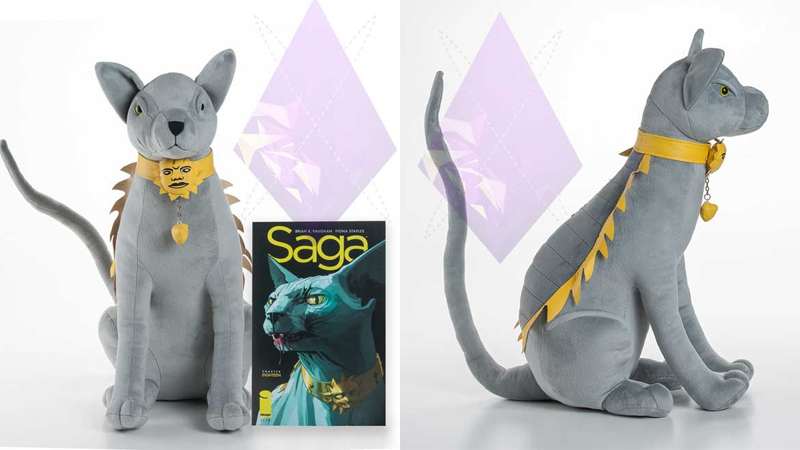 Cats are so fluffy and lovable that it’s hard to resist rushing up to a cat and hugging it. Probably the only thing that stops most people from hugging a strange cat is the memory from the past of getting ripped apart by the razor sharp claws of a kitty that was less than pleased by someone trying to embrace it.

If hugging a real cat is out of the question, consider hugging a plush toy cat instead. Brian K. Vaughan and Fiona Staples wrote a science fiction story called Saga that features Lying Cat, a Cat that can detect when people aren’t telling the truth and promptly calls them out for it. If you like the idea of a Lying Cat, then you might like a plush toy of the same character.