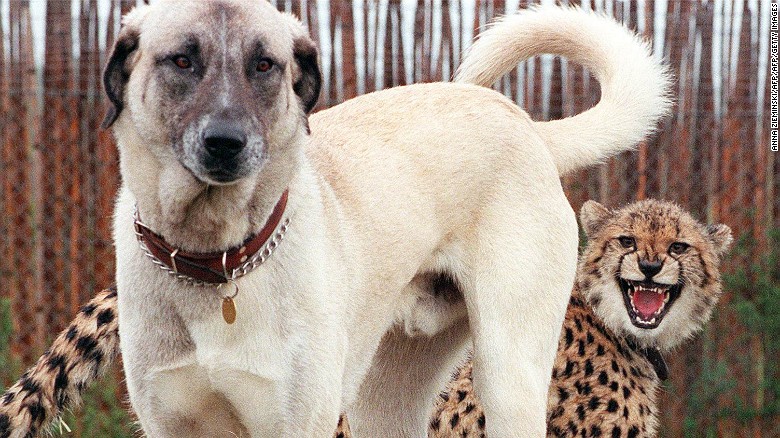 In Namibia, cheetahs kill livestock so farmers tend to shoot cheetahs on sight. Obviously that’s not good for the cheetahs who simply want something to eat.

“We had to,” farmer Andries Pretorius says, “there was no other way. We shot them on a fairly big scale… It was the only way, because you have to make a living… we lost a lot of cattle and sheep.”

Now Namibia’s Cheetah Conservation Fund (CCF) has persuaded many ranch owners to take a new approach, employing guard dogs rather than guns. The dogs scare away the cheetahs to protect the livestock and the cheetahs go somewhere else.

“Predators are not wanton livestock catching animals,” says CCF founder Laurie Marker. “They don’t want to come and eat our livestock. What we as humans do is put our livestock in inappropriate locations through lack of knowledge.”

To read how dogs are helping save the lives of cheetahs, click here.