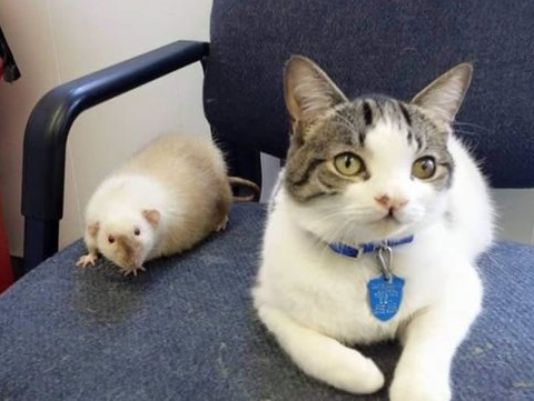 Back in 2013, a Dumbo rat named Batman and a cat named Pumpkin became friends at an animal shelter. Upon meeting the rat for the first time, the cat started grooming the rat and the rat soon returned the favor.

Sadly Dumbo the rat died of old age but National Geographic filmed the two furry pals for a segment about their friendship. Although Batman the rat is gone, Pumpkin still acts as the shelter’s official greeter.

To read more about the cat and the rat, click here.