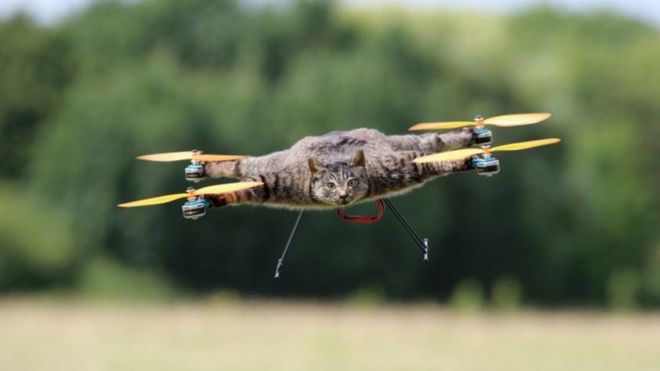 It all started with Orville the cat. When Orville died, his Dutch owner, Bart Jansen, turned Orville into a drone. After this experiment proved successful, Bart quickly used his fledging taxidermy skills to turn rats, sharks, and even an ostrich into a flying drone.

Encouraged with his initial success with Orville, Bart now hopes to turn a cow into a flying drone. Many people are now requesting that Bart turn their own deceased pets into drones as well. So if you look up in the sky one day and see a flying cow, pig, or elephant, don’t be surprised. Just remember they all had their origin in Bart’s initial experiment with Orville the cat.