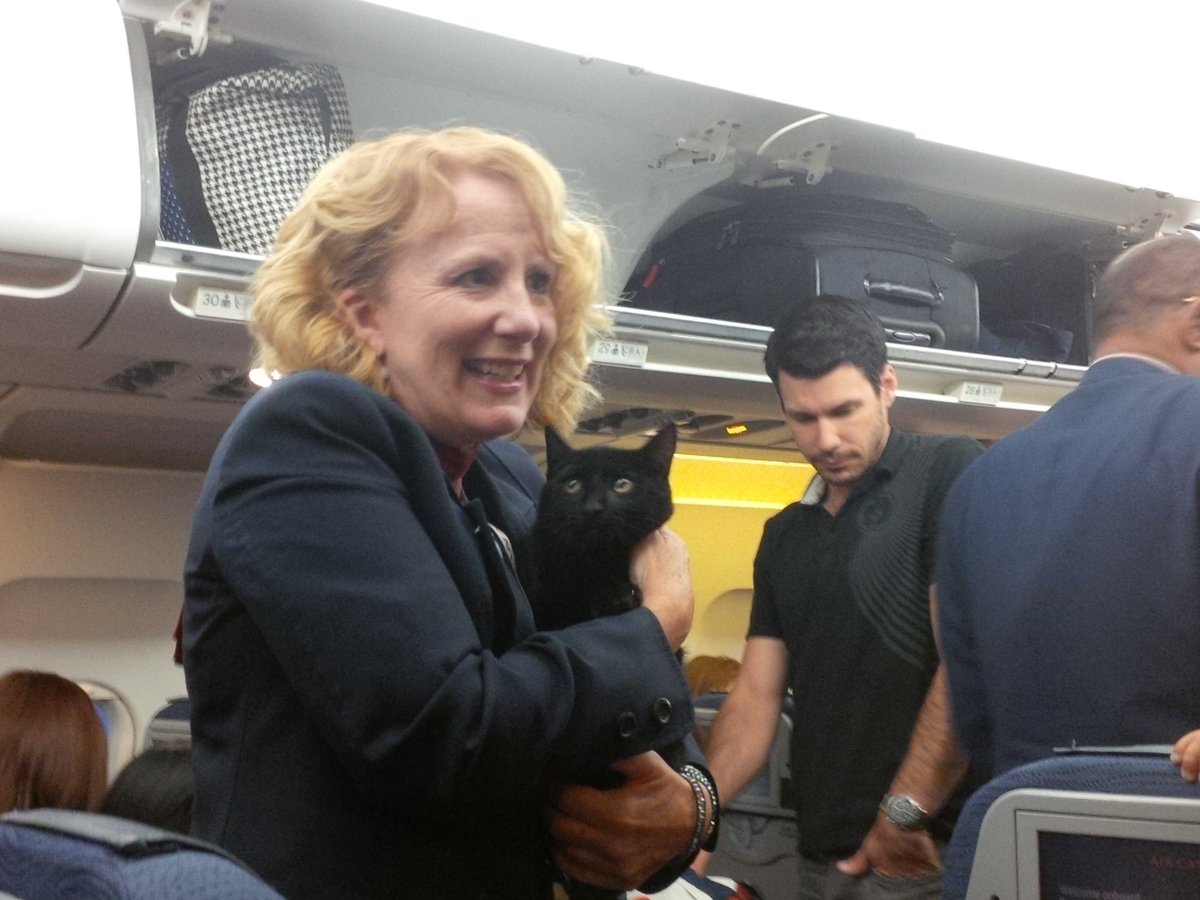 On a recent flight between Ottawa and Vancouver, a flight attendant found a black cat huddled under an airplane seat. The cat had apparently been traveling with another cat in a carrier but escaped and wandered around the plane.

Eventually the flight attendant managed to catch the cat. “Anyone who’s ever tried to pick up a cornered cat knows they can be a little feisty but not this one,” she said.

Fortunately the cat was safe and hopefully reunited with its family. Perhaps if cat cafes become more popular, airlines might try offering flights with cats on board as well. That will give airlines a reason to charge everyone another fee just for the privilege of flying with a cat.

To read more about the cat hiding under an airline seat, click here.