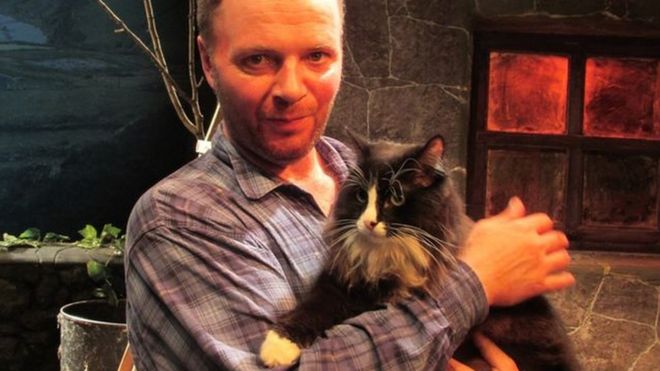 Semyon, a fluffy black-and-white cat, was due to star in its production of Martin McDonagh’s black comedy The Lieutenant of Inishmore, which revolves around an escalating bloodbath over an allegedly dead cat that turns up alive at the end – having been out “gallivanting”.

But in an incident where life imitates art, Semyon somehow slipped out of his basket at Yaroslavsky Station and vanished without a trace. Now Moscow’s theater is looking for their feline star to appear in the upcoming play.

If you live in the Moscow area, look for Semyon. If you find him, perhaps he can get you tickets to his next performance.