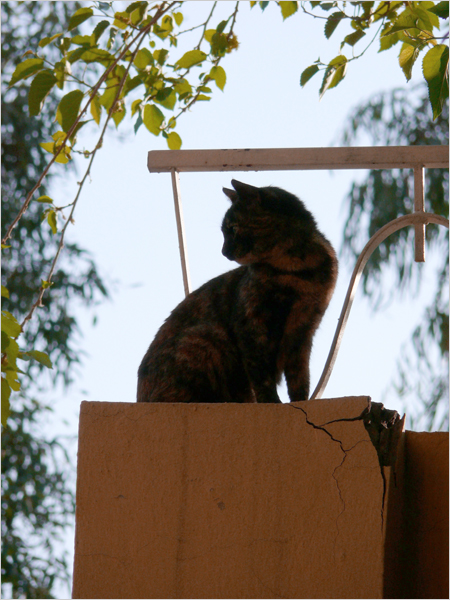 While most people only hear about the war in Iraq through filtered (censored) news, and few get first-hand experience of events in Iraq unless they’re a soldier, John F. Burns of The New York Times spent time in Iraq, covering the war during 2007.

Not only did John focus on the war, but he also covered how cats in Iraq were adapting to the war over there. The picture above shows a cat looking in the direction of an exploding car bomb, which shows that cats can get used to anything just like people.

John writes: “With others working for The Times in Baghdad, I took solace in the battalion of cats that had found their way past the 12-foot-high concrete blast walls that guard our compound. With their survival instincts, the cats of our neighborhood learned in the first winter of the war that food and shelter and human kindness lay within the walls. Outside, among the garbage heaps and sinuous alleyways, human beings were struggling for their own survival, and a cat’s life was likely to be meager, embattled and short.”

To get a different perspective of the Iraq war and what war does in general to people and cats alike, click here.