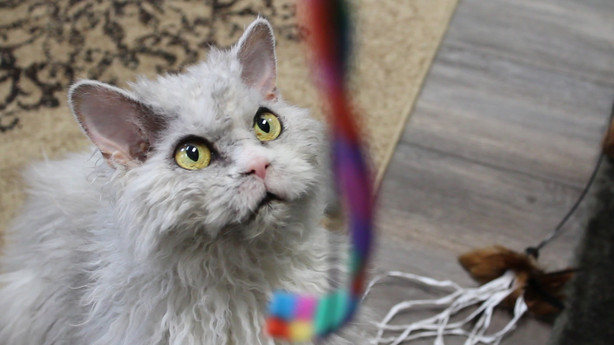 One adopted cat, named Albert, has become an Internet sensation alone. Albert first joined the company after an employee’s sister, who was a cat breeder, asked if the company wanted him. That’s because Albert had missed the cut in being a show cat.

Now instead of taking water or coffee breaks, employees take cat breaks. The cats help reduce the stress and increase the happiness of the employees, and the cats get a good home with employees even coming in on the weekend to care for them.

To read more about Albert and the other cats adopted by a company, click here.