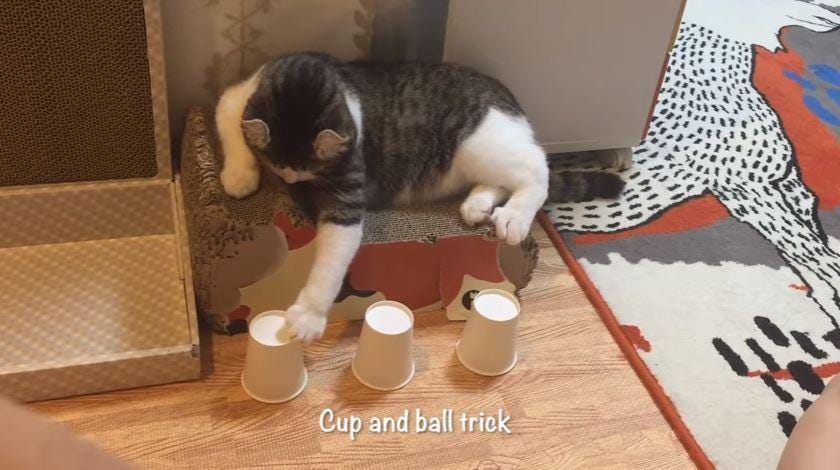 If you put a ball under a cup and shuffle the cups around, it’s easy to lose track of which cup has the ball. This simple cup and ball trick often confuses humans but a cat named Snow has no problems finding the ball under the cup every time.

Now that you know that Snow the cat can track a ball and cup without losing track, how does that make you feel as a human who can’t do the same thing reliably and consistently? Now you know why cats consider humans to be inferior.

To see more pictures of Snow the cat, click here.