Cat Insists on Watching Every Meal 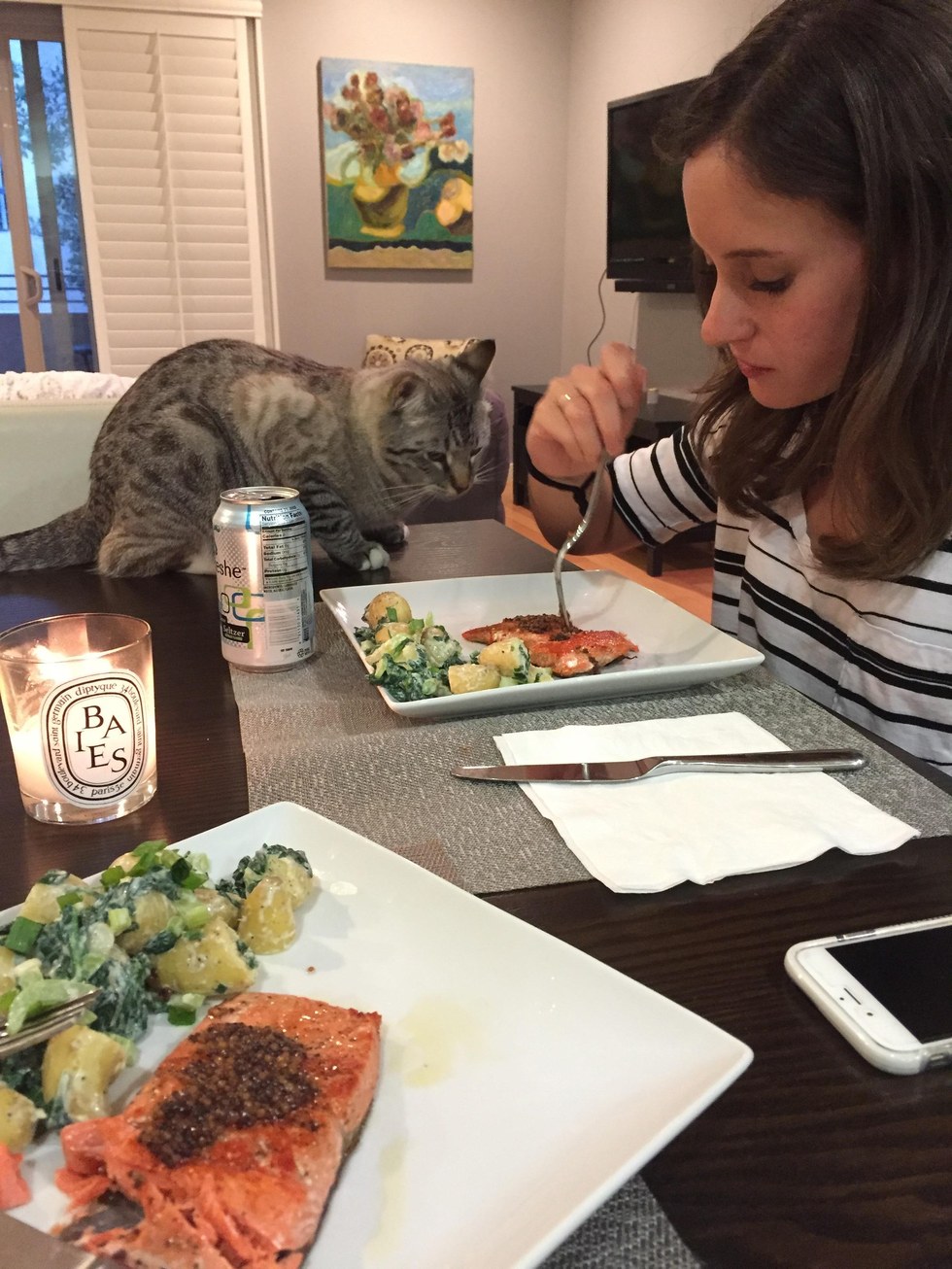 When Prince Caspian was a kitten, he ate out of a bowl like most kittens and didn’t care what his owners did during their meal time. For some odd reason when Prince Caspian turned into an adult, he insisted on sitting at the dinner table with his owners. Although he doesn’t try to eat their food, he does insist on watching them while they eat.