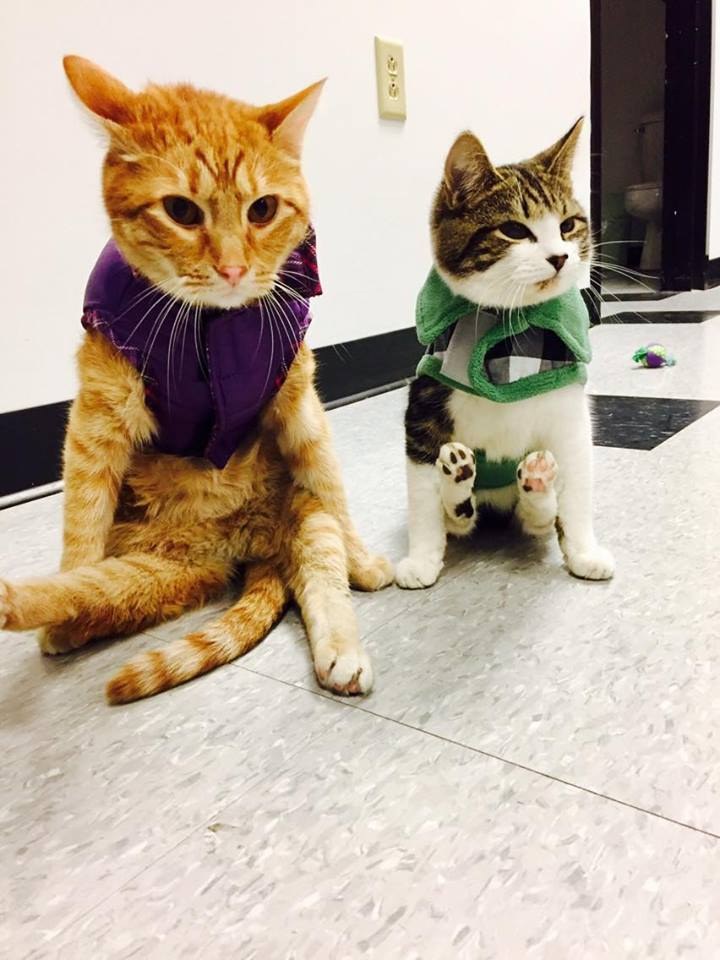 When Jesse was just six weeks old, someone found him on the side of the road in Tennessee. Tragically, Jesse had been injured and was paralyzed so he could only move his front paws.

Now Willie and Jesse and best friends spending all their time together. If two paralyzed cats can find friendship, there’s hope that the rest of humanity can open their hearts and find a good friend of their own as well.

To read more about the two paralyzed cats that are best friends, click here.