The Return of the Cat Sanctuary of Syria 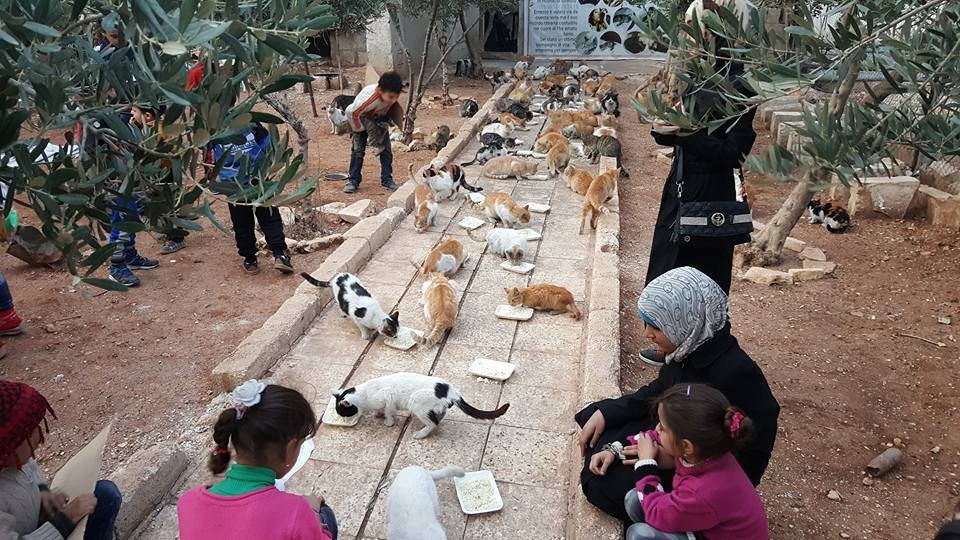 When war struck Syria, many people fled, leaving their dogs and cats to fend for themselves on the streets. Fortunately, an ambulance driver named Mohammad Alaa Jaleel, began taking care of the animals left behind and set up a pet sanctuary in the city of Aleppo.

However as war approached, the sanctuary got bombed and Mohammad had to flee to Turkey. Now he’s back in Syria and plans to start his dog and cat sanctuary once more. If one man can bring hope to stray dogs and cats in a war-ravaged nation, that pretty much proves that not everyone in countries like Syria are people to fear, attack, or outright ban.

To read more about the new cat sanctuary in Syria, click here.