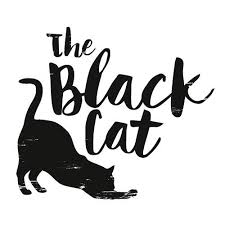 Edgar Allan Poe wrote many horror short stories but one of his more famous stories is called “The Black Cat.” In this story, a man adopts a black cat that he turns his anger on.

One day while trying to attack the cat, the man’s wife tries to stop him and angers him so much that the man in a rage winds up killing his wife. Now in covering up his crime, he thinks he’s outwitted the police but he’s still no match for a cat.