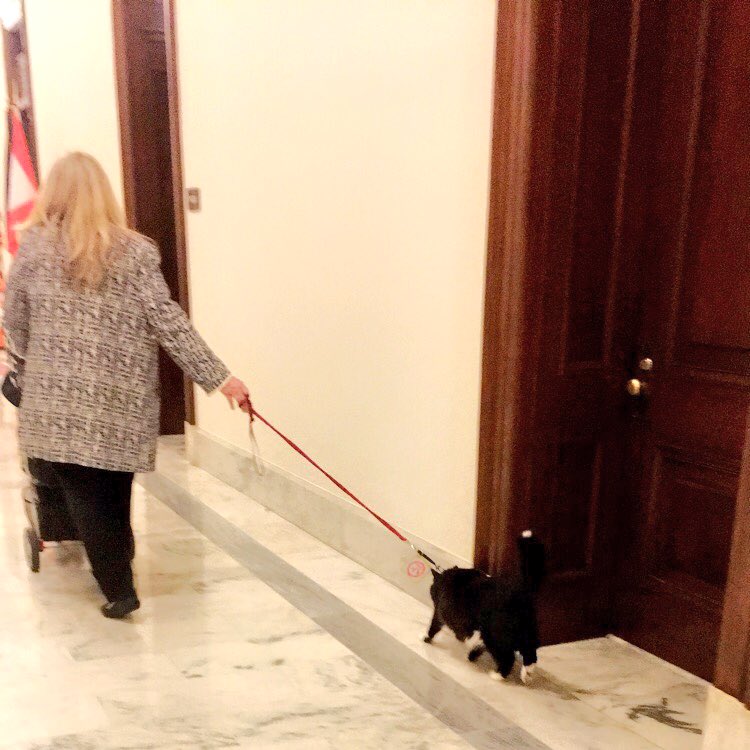 If you’ve been following American politics, you can’t help but notice that things are not normal. With bizarre lies compounded with gaffes and insults traded on Twitter, the latest administration in Washington D.C. leaves little faith in the American government any more.

To further sow sought in the minds of the American people, CNN recently spotted a woman walking a black cat with white paws on a leash through the halls of the Senate Building. There’s no word yet on whether the cat was there on official business or not, but given the recent chaos in the White House, perhaps this black cat may be grooming itself to take over the Oval Office in case the current president gets impeached.

At least a cat will possess more brains than most politicians.

To learn more about the black cat spotted in the Senate building, click here.