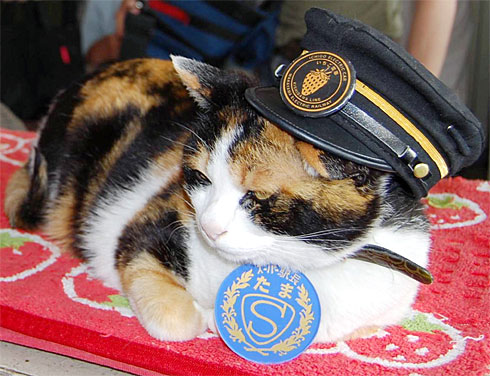 The Kishikawa line had been losing $4.9 million a year as passenger numbers fell steadily to as low as about 5,000 a day, or some 1.9 million a year. Now a 9-year-old female cat sits by the entrance of western Japan’s Kishi Station, wearing a black uniform cap and posing for photos for the tourists who are now flocking in from across the nation.

Since Tama’s appointment as “super stationmaster,” passenger numbers have risen by 10% to about 2.1 million a year as tourists buy up novelty goods — postcards, notebooks and erasers — bearing Tama’s photos.

In Japan, cats are considered good luck. After saving the train station, perhaps Tama’s next job can be to save other parts of the Japanese economy as well.