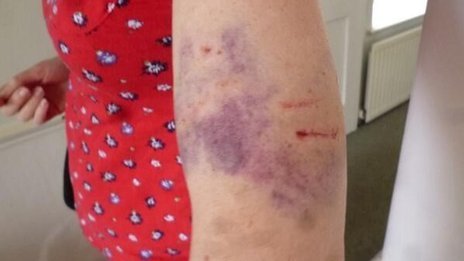 If you happen to live in Little Treviscoe, Cornwall, watch out for a cat named Shiny. According to residents, Shiny attacks their pets and even goes after people.

Carol Ballsdon says Shiny “went for me” over the weekend, several months after it had attacked her 90-year-old mother in the village.

“She had a large skin tear down the arm, which we had to dress every day for about three weeks, and two big puncture wounds on the back of her leg,” Ms. Ballsdon said.

“It is just four sets of claws and a set of teeth coming at you.”

Shiny’s owners say the cat is neutered and completely harmless, although their definition of harmless might mean that the cat won’t slice open someone’s throat.

To read more about the antics of Shiny, click here.

One Response to “Beware of the Vicious Cat Named Shiny”