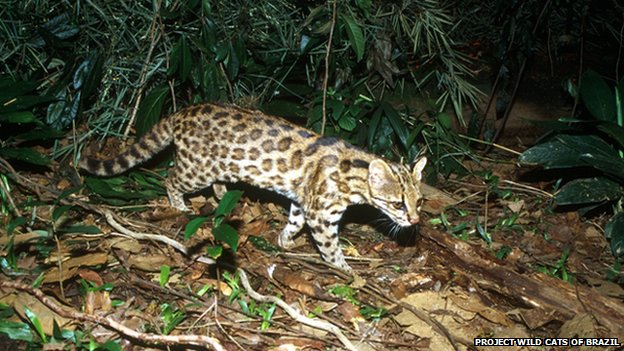 A team of researchers led by Dr Eduardo Eizirik from the Pontifical Catholic University of Rio Grande do Sul, Porto Alegre, Brazil collected samples of DNA from pampas cats (Leopardus colocolo) in the north of the country, Geoffroy’s cats (L. geoffroyi) from the south and two separate populations – north eastern and southern – of tigrina (L. tigrinus).

By comparing DNA sequences, the team revealed that two populations of tigrina in Brazil do not interbreed and are evolutionarily distinct. Just by looking at the pictures, you can see that this new cat looks like a miniature leopard. Perhaps one day these types of cats can be domesticated and kept as pets.

Then again, most cats still aren’t domesticated with the way they rule their owners, so maybe not having these new breed of cats as pets might be a good thing after all.