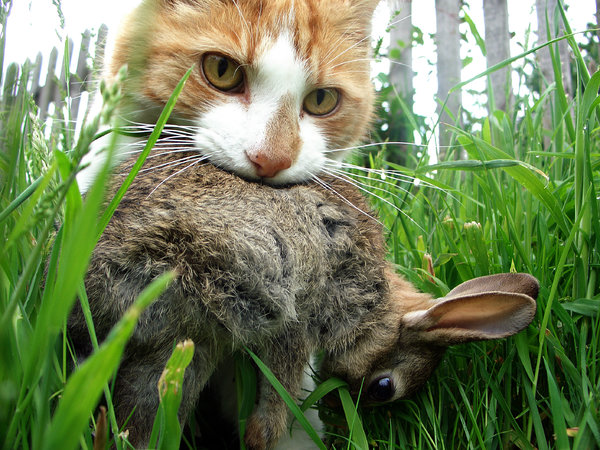 If you think all cats are cute and cuddly, you probably never owned a cat. While cats can be cute and cuddly, they can also be vicious killers of birds, rodents, and lizards. Scientists from the Smithsonian Conservation Biology Institute and the Fish and Wildlife Service estimated that domestic cats in the United States kill a median of 2.4 billion birds and 12.3 billion mammals a year.

The danger to other animals, not to mention the cats themselves, by roaming around outdoors leads researchers to conclude that outdoor cats pose a major threat to the environment. “We’ve put a lot of effort into trying to educate people that they should not let their cats outside, that it’s bad for the cats and can shorten the cats’ lives,” said Danielle Bays, the manager of the community cat programs at the Washington Humane Society.

If you value your cat’s well being along with the well being of other creatures, it’s best to keep a cat indoors so it’s safely away from moving cars, dogs, and malicious people. Keeping a cat inside also keeps the cat from killing other animals too.

To read more about how deadly cats can be, click here.