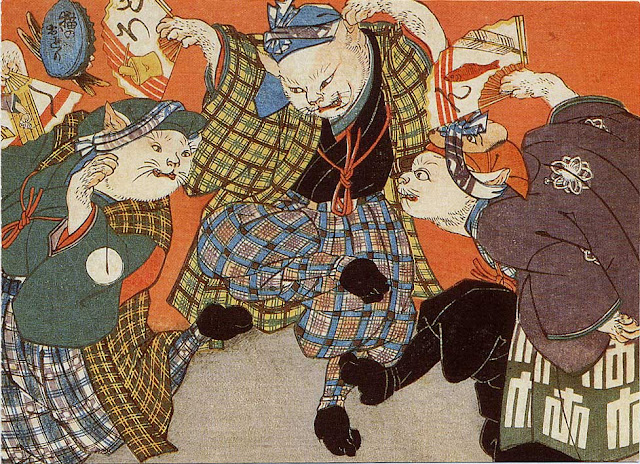 Cats have been around in so many cultures that it’s no surprise that people have created all sorts of myths, legends, and stories about how cats have affected their particular part of the world. Chinese legends say that cats were put in charge of the world with the power of speech. The cats soon delegated this job to humans so that felines could laze about. According to this legend, that’s why cats no longer speak and why they stare at humans with looks of mild contempt and amusement.

Fisherman sometimes throw a bit of fish back into the sea ‘for the cat’. Many seafarers believed that if a cat fell overboard it would call up a storm to sink the ship.