Are You Stressing Out Your Cat? 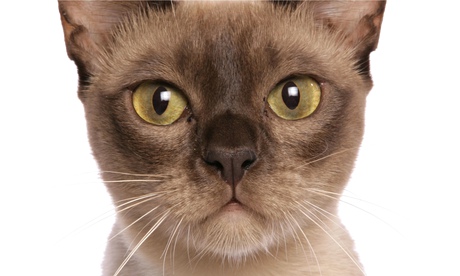 Most people think that cats stress them out, but the truth is that it’s really the other way around. That’s just a fancy way of cats blaming you for their problems and not taking any responsibility for themselves, which makes cats no different than teenagers.

For a BBC documentary called Cat Wars, anthrozoologist John Bradshaw claims that cat owners expect too much from their cats. “If cat owners understood their pets better, they’d recognise the demands we’re putting on them,” he said.

To keep your cat contented, don’t think adding more cats will keep the first cat company. In many cases the first cat will simply resent the intrusion of a new cat, and the two cats won’t get along, adding to the stress of both of them (who will likely blame you for everything).

Also consider putting litter boxes in private places so your cat doesn’t have to worry about someone walking over it while it’s trying to go to the bathroom. If you think cats may seem too demanding, you may not have lived with a cat long enough.

To read other ways to avoid stressing out your cat, click here.