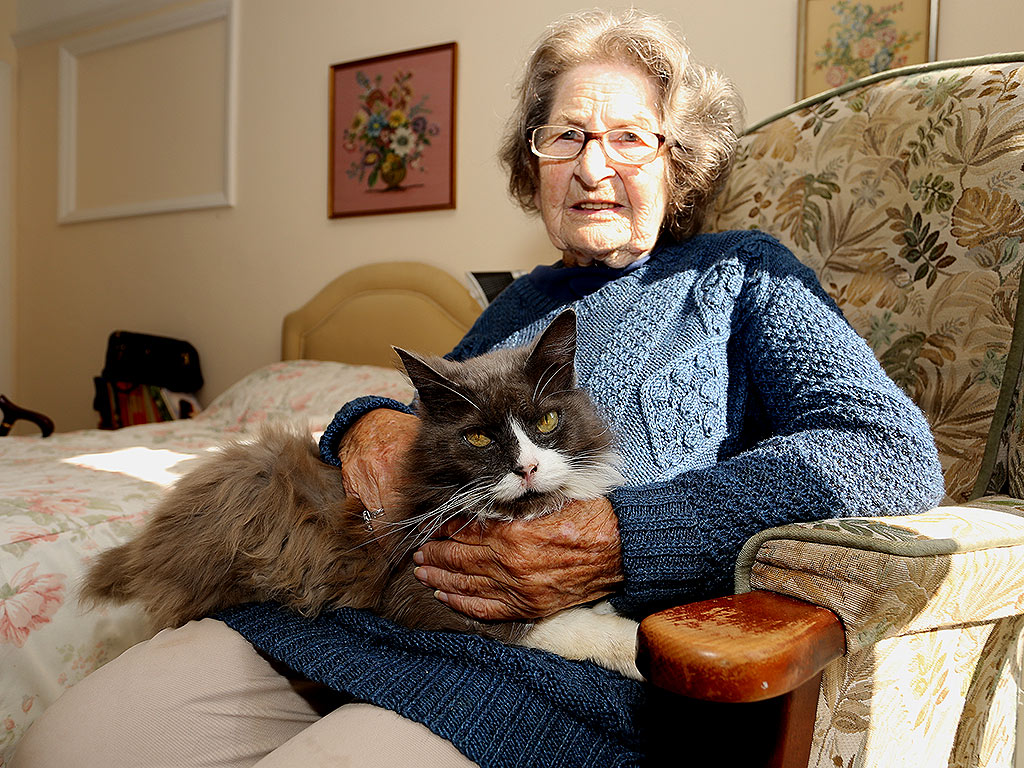 Several weeks ago, an elderly woman named Nancy Cowen moved from her home in Westcott, England and into the Bramley House Residential Home in the same town. At the time of her move, she left behind her cat, Cowen, with a neighbor.

Several weeks ago, the fluffy feline was separated from Cowen when the elderly woman was moved from her home in Westcott, England, into the Bramley House Residential Home in the same town. Bramley House employee Laura Costello said, “About two weeks after Nancy moved in, this cat just started turning up and sleeping on the benches outside the home. It was very strange.”

One day one of the carers picked up the cat and showed it to Nancy, who remarked that it looked exactly like her old cat, except her cat had lost part of its tail in a car accident. When she looked, Nancy realized that it was her cat. Who says cats can’t be loyal? Just because 99% of cats may not be loyal doesn’t mean the other 1% can’t surprise you once in a while.

To read more about the cat that found its owner in a nursing home, click here.