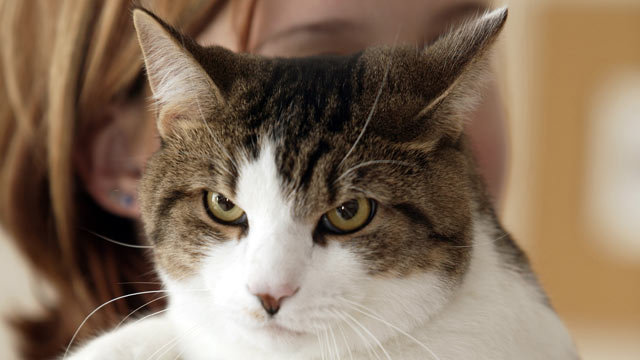 If you’ve ever wanted to kill yourself after putting up with the frustration of living with a cat, there may be a scientific reason for your suicidal tendencies. A study, authored by University of Maryland School of Medicine psychiatrist and suicide neuroimmunology expert Dr. Teodor T. Postolache, suggests that a parasite that can lurk in a cat litter box that could cause undetected brain changes in women that make them more prone to suicide.

Scientists have long known that pregnant women infected with the toxoplasma gondii parasite — spread through cat feces, undercooked meat or unwashed vegetables — could risk still birth or brain damage if transmitted to an unborn infant. But a new study of more than 45,000 women in Denmark shows changes in their own brains after being infected by this common parasite.

The next time your cat drives you up a wall, you may actually be under the control of a parasite in your brain, which means your cat is completely innocent at all times.

To learn more about how your cat’s litter box could kill you, click here.