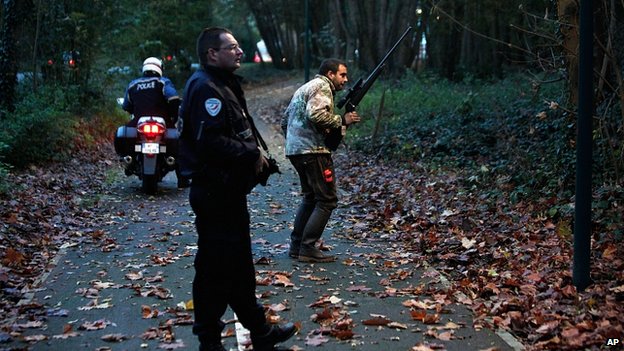 A woman spotted a big cat near EuroDisney, causing police to hunt the big cat down with tranquilizer guns. Le Parisien newspaper said several local residents had sighted the animal and specialists confirmed that the animal’s tracks were those of a young tiger. A wolf catcher with a specially trained dog was also part of the search team, authorities in Montevrain and Seine-et-Marne said.

Where a small tiger came from in the middle of France remains a mystery. Perhaps the tiger just wanted to visit EuroDisney or just wanted to sample some fine French food in the form of small animals, tourists, and local residents. Until this big cat is caught, people remain alert while keeping children indoors, unless they really don’t like the kid after all in which case they’ll let them play outside for as long as they want with a raw steak strapped around their necks.

To read more about this big cat roaming around EuroDisney, click here.