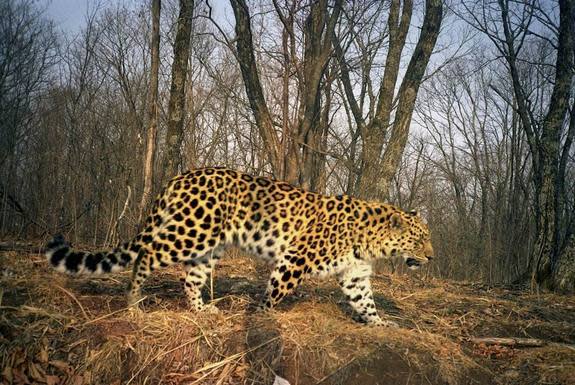 The Amur leopard, which is indigenous to southeastern Russia and parts of northeastern China, has been on the endangered species list for years. Yet recently it has doubled in population since 2007, according to a new report by the World Wildlife Fund (WWF).

“Such a strong rebound in Amur leopard numbers is further proof that even the most critically endangered big cats can recover if we protect their habitat and work together on conservation efforts,” Barney Long, director of species protection and Asian species conservation for WWF, said. “There’s still a lot of work to be done in order to secure a safe future for the Amur leopard, but these numbers demonstrate that things are moving in the right direction.”

While ordinary house cats breed out of control, it’s nice to know that endangered big cats can start breeding just as quickly to save their species. Maybe if enough Amur leopards reproduce, we might see them reclaim their territory and get off the endangered list. Since owning an Amur leopard is probably out of most people’s budget and hoarding leopards will likely break city laws, you can comfort yourself with house cats in the meantime and pretend they’re really Amur leopards roaming around your house.

To read more about the comeback of the Amur leopard, click here.