Cat Reunited with Family After 4 Years 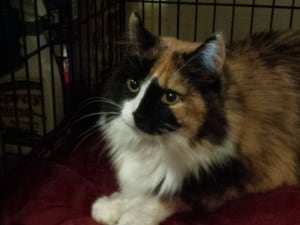 Four years ago when Jenny and Joshua McEwen lost their cat, Harley Quinn, they thought they’d never see her again. After moving away, the couple assumed Harley Quinn was gone for good. Then a 13-year old boy and his mother found a stray cat and took her to a veterinarian, who found a microchip embedded in Harley Quinn. That microchip still contained information about Harley Quinn’s owners.

Due to the microchip, the veterinarian was able to contact the owners so they could be reunited with their cat. Once again, microchips provide another happy ending to a story that could have been a tragedy had the lost cat and her family never been reunited again.