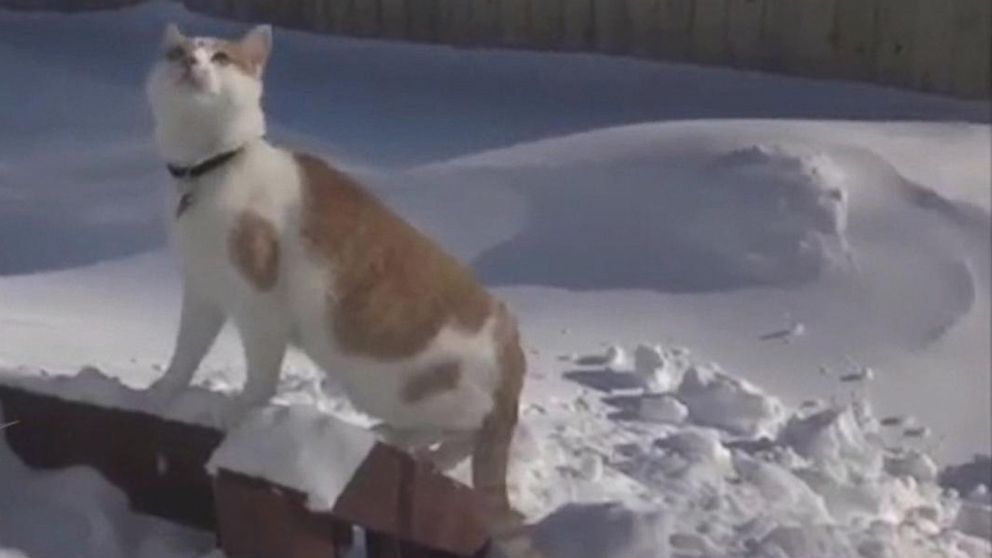 Rudiger the cat likes going outside, but when he came across a snow drift, he wasn’t quite sure what to make of it. Like any resourceful creature, Rudiger decided to paw it away. then he tried to jump on it, not realizing that snow drifts can’t hold the weight of an animal.

Finally, Rudiger made it outside and got a chance to roam around the snow as king of his domain. Snow may deter some animals from going outside, but Rudiger the cat isn’t one of them.

To see the video of Rudiger confronting a snow drift and finally emerging victorious, click here.