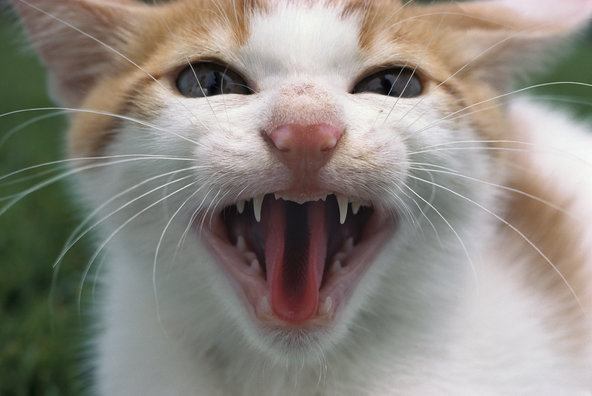 A couple in Germany got into a fight when the 39-year old man’s cat bit his 26-year old female partner. The woman reportedly got so mad at the cat that she attacked the man, repeatedly hitting him and keeping him from using his mobile phone to call for help.

Eventually the man managed to escape and call the police, while the woman was charged with domestic violence. Perhaps the cat knew something the man couldn’t see after all, and decided this man’s life would be better off without that woman.

To read more about the German woman who flew into a rage after being bitten by a cat, click here.