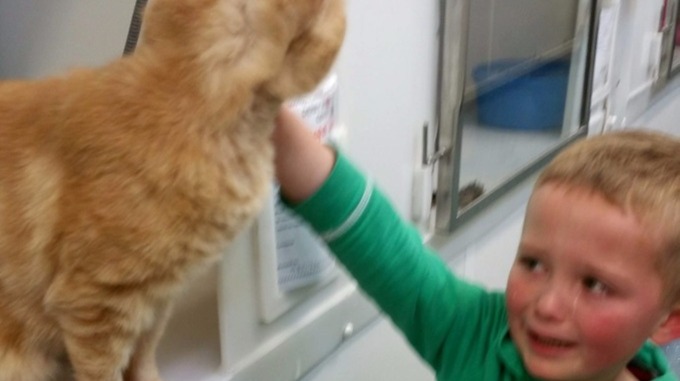 When most people lose a cat, they often never see it again. That’s what five-year old Ronnie Cockroft and his family thought when they lost their cat, Phoenix, 18 months ago.

The family had gone to the Cats Protection centre in Derbyshire to pick a new pet when they spotted Phoenix in one of the cages.

“We couldn’t believe what happened, it was amazing,” Ronnie’s mother Michelle Humber said.

After scanning Phoenix’s microchip to verify that it was their cat, Ronnie and Phoenix have been reunited once more. That just goes to show you the importance of microchipping your pet to increase your chances of finding a lost cat.

To read more about the boy who found his cat at a rescue centre, click here.