Vincent the Cat with Artificial Legs 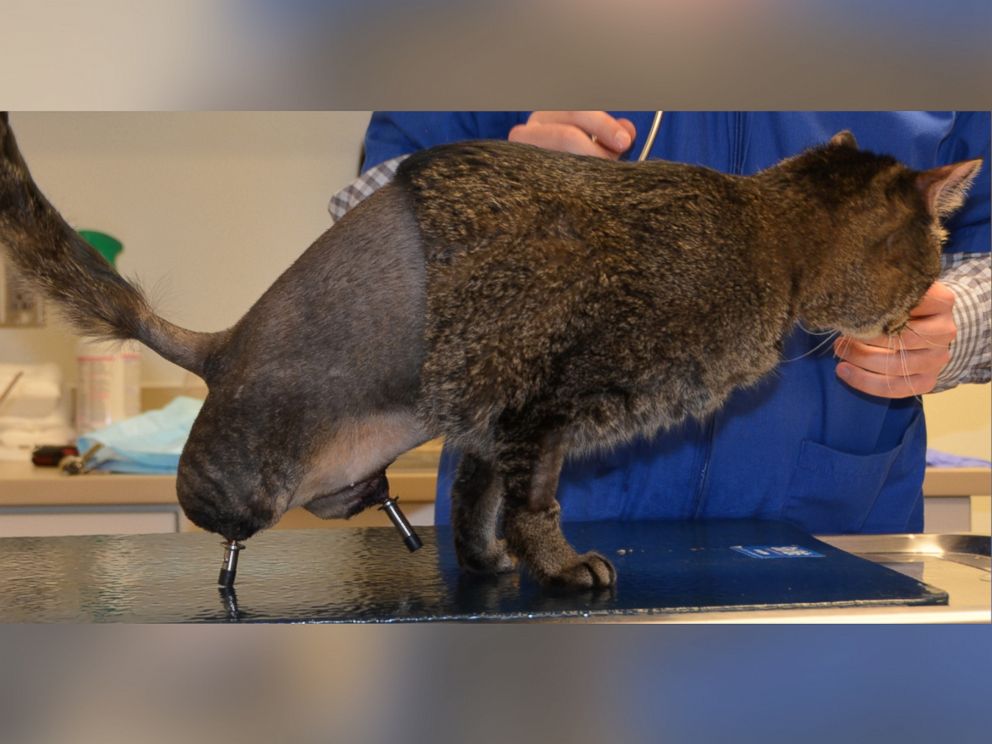 “He was surrendered to the shelter by a lady who was camping in a local campground. … He was missing his hind legs from the mid-tibia down and when the lady brought him in, you could tell she was pretty worried,” owner Cindy Jones said, adding that she’s still not sure if his disability was caused at birth or due to an accident.

Jones’ 29-year-old daughter, Emily,  suggested that she take Vincent to Iowa State, where she’s a student at the veterinary school. That’s where Vincent met Dr. Mary S. Bergh, who would perform the surgery — the first of its kind.

With his new legs, Vincent can do pretty much everything other cats do, except jump. To read more about Vincent’s artificial legs, click here.