Cat and Rat Are Friends 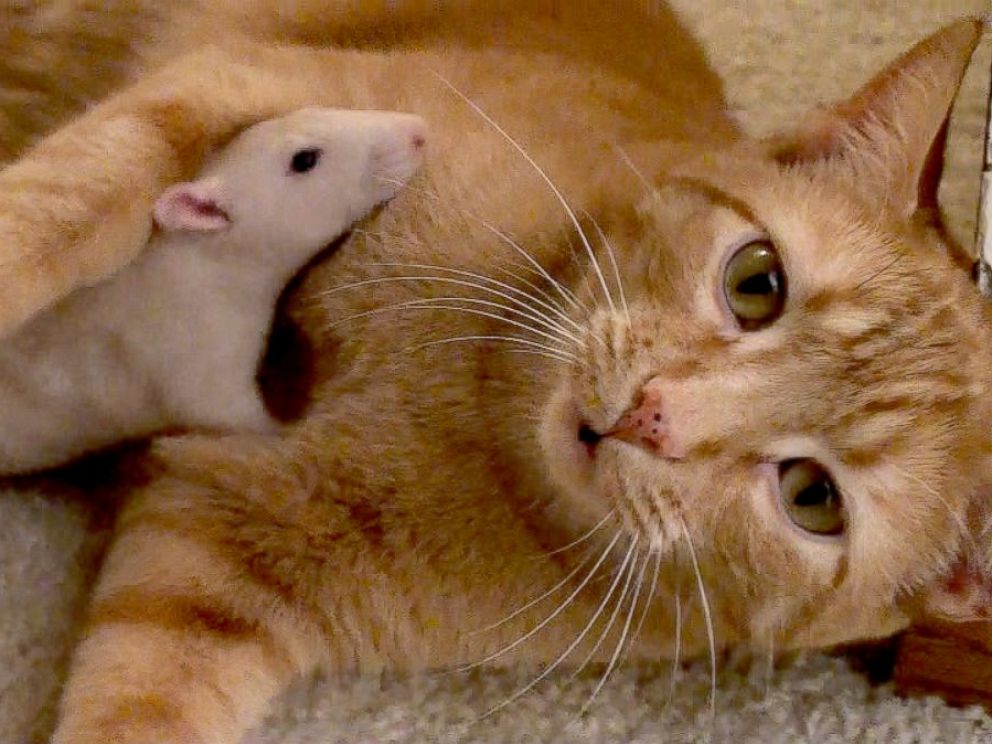 While the whole world watches the Republicans and Democrats blame each other for causing the demise of the United States, it’s hard to believe that cats and rats might have more in common with each other than living human beings. Yet that’s the case with Peanut the rat and Ranj the cat.

“Peanut always wanted to be around Ranj, and she took a real liking to him,” their owner, Maggie Szpot of Cedarburg, Wisconsin, said. “She would always want to play with him, snuggle up under his fur and she even ate cat kibble from his bowl along with him. The two were like close siblings.”

Sadly Peanut passed way since rats have shorter life spans than cats. Still the idea that a cat would be friends with a rat gives hope that if cats and rats can be friends, how come Republicans and Democrats can’t be friends as well?

To read more about the cat who adopted a rat as a friend, click here.