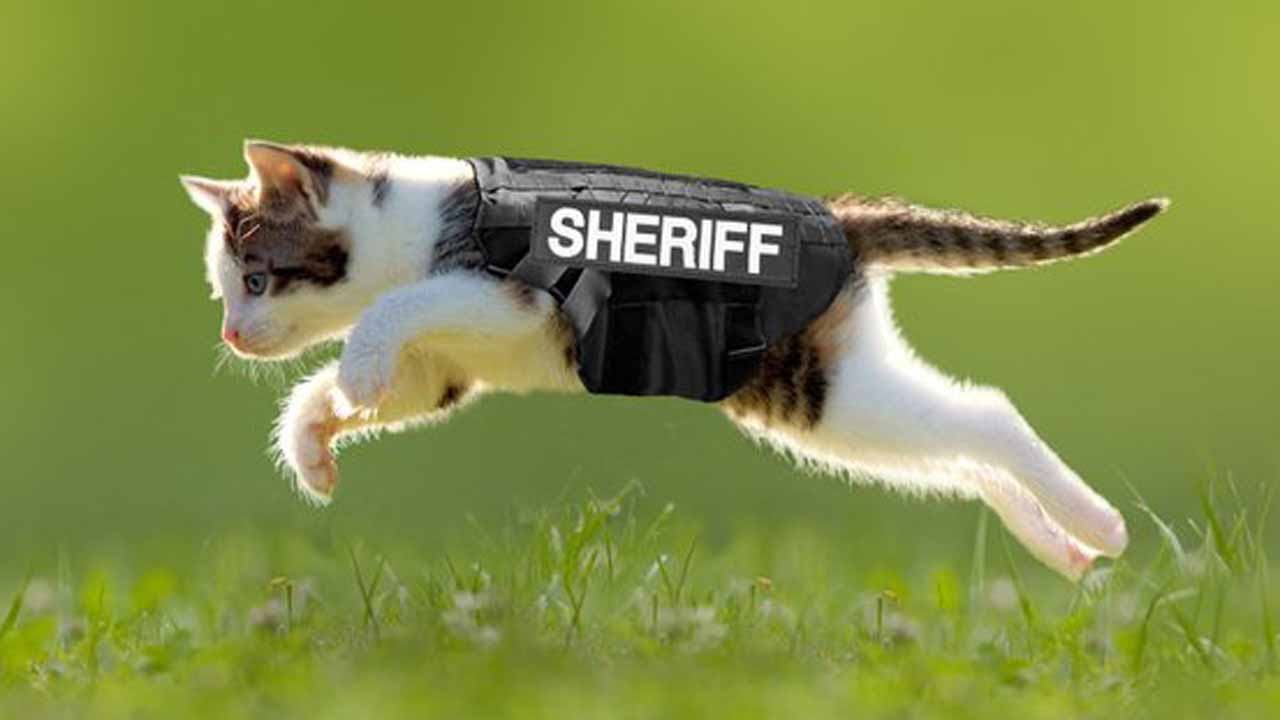 For April Fool’s the Washington County Sheriff’s Office released a report claiming they were adding a special feline patrol unit to go along with their usual K9 dog unit. “Felines are well equipped to chase suspects into heavily wooded areas, thick vegetation, and up trees, due to their agile movements and ability to navigate small spaces,” the press release noted.

Of course to join the feline patrol unit, all prospective members must go through catnip testing to insure they aren’t unduly under the influence. While it’s unlikely that cats will ever work with the police, there’s still a good chance that cats can control the police using the power of cuteness.

To read more about this April Fool’s joke, click here.