Gladstone the Cat to Protect Treasury From Mice 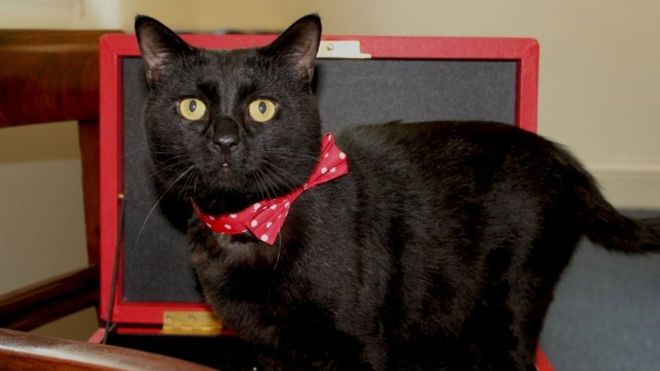 In the hallways of British government offices, cats are getting jobs as the official mouser. at 10 Downing Street, Larry the cat has been keeping mice at bay since 2011. At the Foreign Office, Palmerston the cat has been doing his work while fighting with Larry when mice are scarce.

Now to add to the official mouser duties of the British government, the Treasury has adopted Gladstone the cat, an 18 month old stray adopted from Battersea Cats and Dogs Home.

There’s no telling whether Gladstone will ally himself with Larry or Palmerston in their battles against each other. Perhaps Gladstone can remain an objective neutral party because if Gladstone sides with either Larry or Palmerston, there could be more fighting within the borders of the United Kingdom since the days when Irish and British troops regularly battled each other in the streets.

To learn more about Gladstone the Treasury cat, click here.