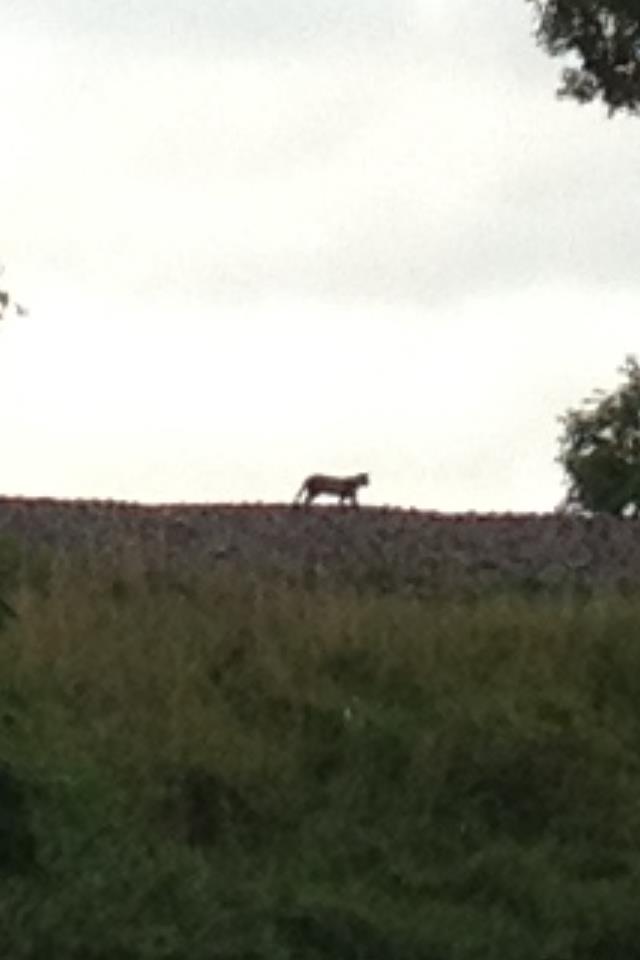 In Lake district, England, there have been numerous reports of an extremely large, black cat prowling around. Eyewitnesses claim this isn’t just a large feral cat that’s grown to an enormous size, but more closely resembles a panther.

How a panther wound up in England remains a mystery, but Kevin Pitt, a former chief superintendent with Cleveland Constabulary, photographed what appears to be a large, non-native black cat on a railway embankment at Eden, Cumbria.

Is this cat just large for its size or is this a cat that should belong in either a zoo or in the plains of Africa or Asia? Perhaps someone will eventually capture a better picture of this strange black cat, hopefully in such a way that won’t endanger the life of the photographer in the process.

To read more about this strange black cat, click here.