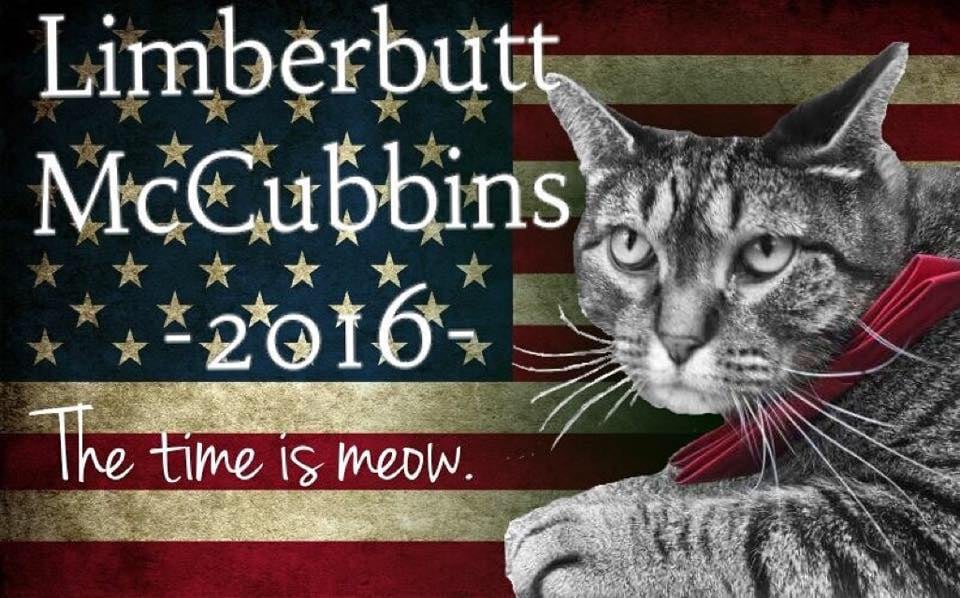 If you live in the United States, you might not be thrilled with either political candidate. Fortunately there’s now a third candidate to choose from. No, it’s not someone from the Libertarian or Green Party. Instead, it’s Limberbutt the Cat.

6-year-old cat Limberbutt McCubbins has officially entered the 2016 Presidential race as a self-proclaimed “Demo-cat-ic” candidate, aiming to capitalize on prospective third paw-ty voters. Considering that cats are known to be selfish and self-centered, Limberbutt makes the perfect political candidate. Even better, Limberbutt won’t lie, which is not something you can say about human politicians.