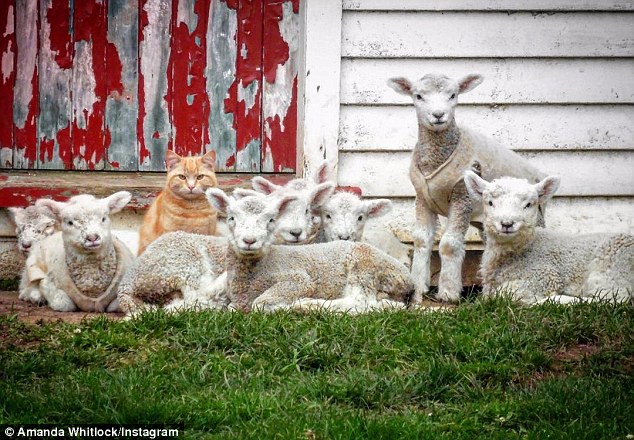 Eight-month-old Steve started life as a lonely indoor cat, spending his time inside around his owner Amanda Whitlock’s home in Waitotara, New Zealand. During the colder months, Ms Whitlock let her lambs into her home a few nights a week to keep them warm. That’s when an unusual relationship occurred.

Steve the cat began spending time with the lambs. When the lambs went outdoors, Steve followed and now spends most of his days with his flock of lambs.

If lambs and cats can get along, perhaps there’s a chance that people can get along as well. Then again, cats are smarter than many humans so maybe the answer is no.

To read more about the New Zealand cat that thinks it’s a lamb, click here.