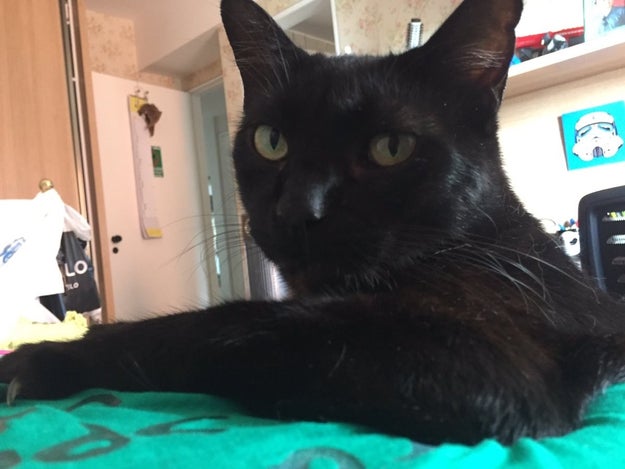 When talking with people who have never owned a cat, there’s often a wide gulf of misunderstanding on why someone would want a cat in the first place. People who don’t like cats generally are people who don’t think.

That’s why people will often say stupid things to cat owners as if they’re imparting some long lost wisdom on them, but in reality, they’re simply demonstrating their ignorance fora ll to see. One common complaint non-cat owners have about cats is that they cats can’t show affection like a dog can.

That may be true, but a dog also can’t show affection like a human can (unless you count humping your leg as a close approximation). To read other stupid things people have said to cat owners, click here.