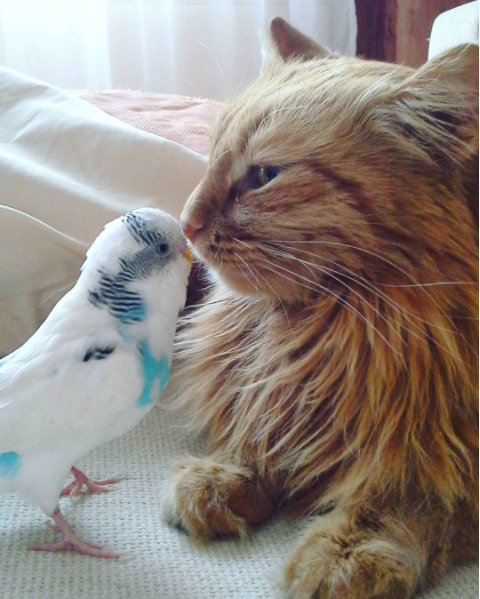 When most people get a cat, that usually prevents them from getting any other animal because the cat will likely not tolerate any type of new comer (even other cats). So when Stepanova bought a parakeet named Yasha, she was wary about introducing Yasha into her home in Chelabinsk, Russia to her cat, Bonifazii.

Surprisingly, Bonifazii not only accepted Yasha, but became friends with the parakeet. Now the pair do almost everything together from sleeping to looking out the window. Experts warn that any sudden movement could trigger a cat’s hunting instincts but so far, Bonifazii seems to treat Yasha like nothing more than another friend.

To see more pictures of Bonifazii and Yasha together, click here.