Cat Rescued From Inside a Chimney 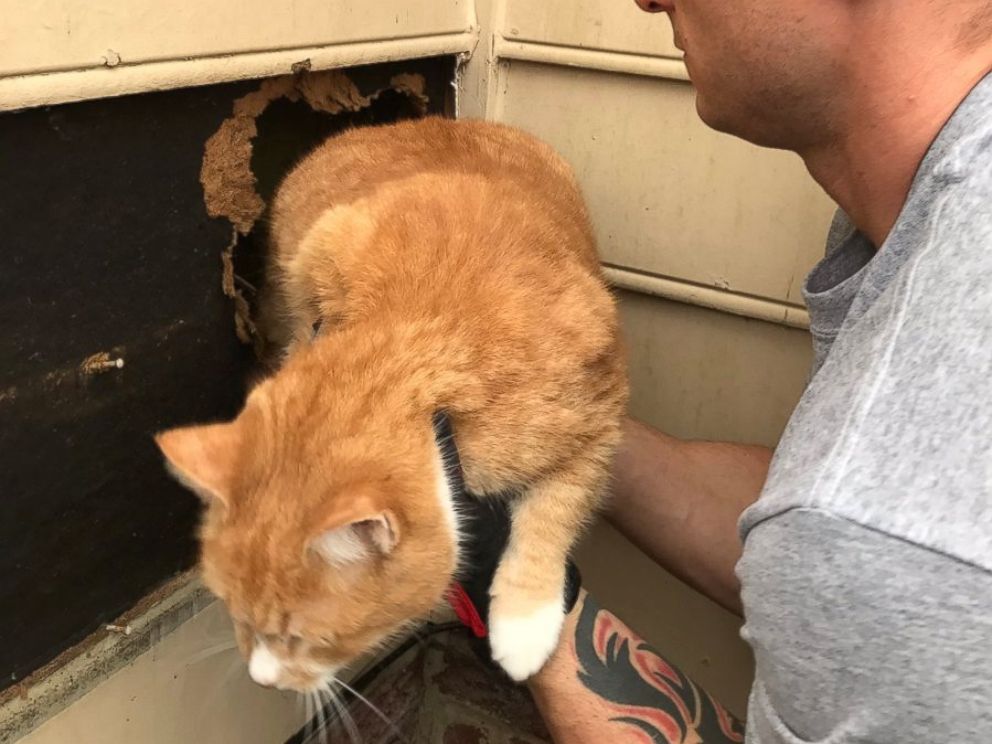 When Crystal the cat decided to go exploring inside the family home, she made the mistake of crawling inside the chimney and got stuck in there. Fortunately she kept meowing for help so when firefighters arrived, they could pinpoint her location.

Firefighters removed some boards and punched a hole in the wall and that’s when Crystal crawled out of the chimney and into the waiting firefighter’s arms. The fire department’s public information officer, David Bradshaw, said this was the first time in his 30 year career that he’s seen the Harrisburg Fire Department in North Carolina rescue a cat from a chimney.

Of course if Crystal had gotten stuck in the chimney around Christmas time, Santa Claus might have been able to retrieve the kitty instead of firefighters.

To read more about the cat stuck in the chimney, click here.